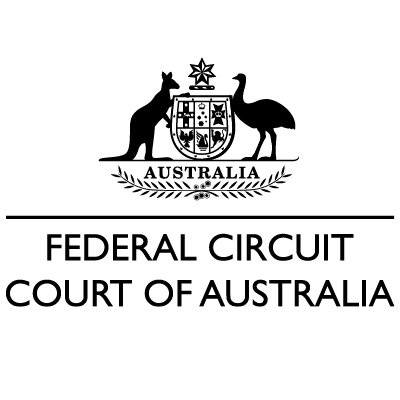 As part of its report on Australia’s Intellectual Property Arrangements, the Productivity Commission recommended:

The Australian Government should introduce a specialist IP list in the Federal Circuit Court, encompassing features similar to those of the United Kingdom Intellectual Property Enterprise Court, including limiting trials to two days, caps on costs and damages, and a small claims procedure.

The jurisdiction of the Federal Circuit Court should be expanded so it can hear all IP matters. This would complement current reforms by the Federal Court for management of IP cases within the National Court Framework, which are likely to benefit parties involved in high value IP disputes.

The Federal Circuit Court should be adequately resourced to ensure that any increase in its workload arising from these reforms does not result in longer resolution times.

The Australian Government should assess the costs and benefits of these reforms five years after implementation, also taking into account the progress of the Federal Court’s proposed reforms to IP case management.

In its response in August 2017, the Government noted that he Federal Circuit Court (FCC) had commenced a pilot in its Melbourne Registry to streamline its management of IP matters and to increase the visibility of the FCC as an alternative to the Federal Court of Australia.

Shortly thereafter, Judge Julia Baird, a recognised intellectual property practitioner, was appointed to the FCC in February 2018. And on 21 August 2018, the FCC published its Intellectual Property Practice Direction.

The FCC has concurrent jurisdiction to hear and determine civil matters regarding designs, trade marks, plant breeder’s rights and copyright. Notably the jurisdiction does not extend to patents. Nor does it extend to site blocking injunctions under s 115A of the Copyright Act 1968.

The FCC can order declaratory and injunctive relief and ward damages and account s of profits. Importantly there is no limit on the monetary damages or account of profits the FCC can award for matters arising under intellectual property legislation.

The FCC is a trial court and it is intended that proceedings be conducted expeditiously.

The judge will endeavour to ensure that the trial does not take longer than two days in the majority of cases.

If the parties agree and where the judge considers it appropriate to do so, the judge may conduct the trial entirely on the papers.

After the final hearing, a decision will be given, where practicable, generally within the month, and in urgent matters, within a week.

Recent proceedings brought by PPCA against two Melbourne bars  provides an excellent example of the new Practice Direction in action. In July, PPCA commenced proceedings against Hairy Little Sista Pty Ltd which had, until 2017, run two successful Melbourne bars, Hairy Canary and Hairy Little Sista. As a Melbourne native I can tell you that Hairy Canary was one of the original bars to spring up in the Melbourne CBD in the 90s and I certainly spent a good deal of my young professional life there. If I had known that they were operating without a PPCA licence, I might have chosen to drink elsewhere.

According to the evidence, PPCA had been trying, without success to negotiate a licence for the  performance of recorded music with the  proprietor of the bars since 2012.  The Respondents did not appear at either the case management hearing on 3 August or at the final hearing on 12 September. He Honour found that “the Respondents appear to have either acted in a flagrant disregard of copyright, or at least to have turned a blind eye or put their “heads in the sand”.

Judgment was delivered on the day of the hearing, with the reasons published on 3 October. The case is a good example of the FCC exercising the full suite of remedies available to it:

the Respondents have acted with contumelious disregard for the Applicants’ rights and have ignored the attempts of the First Applicant to engage with them over the long period of their unauthorised use.

This case is notable for the quantum of damages awarded and the speed with which it was resolved (two months). In this decision, Judge Baird has set down a marker for anyone  who was in doubt about the effectiveness of the FCC as a vehicle for copyright enforcement.

[1]  Section 131D of the Copyright Amendment (Parallel Importation) Act 2003 gave the Federal Magistrates Court jurisdiction with respect to civil copyright matters.  This has been replaced by s 195 AZGH of the current  Copyright Act 1968.