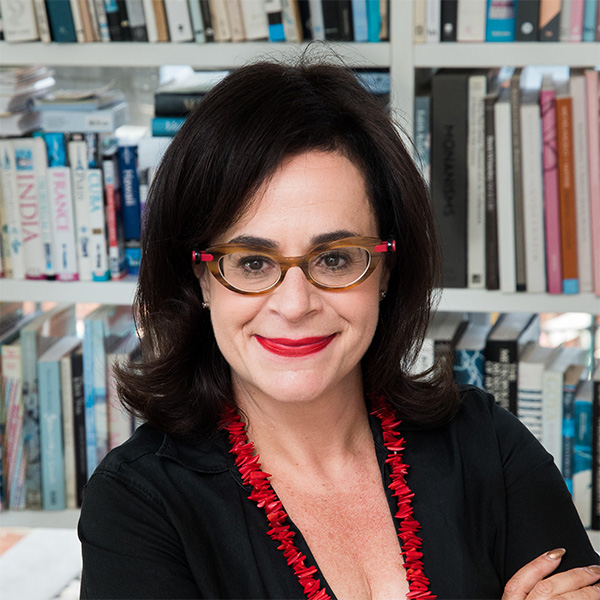 A highly regarded advocate, Fiona Phillips has spent more than 20 years advising government and the private sector on copyright and regulatory law and policy issues. She brings to Fiona Phillips Law a unique combination of commercial pragmatism, technical skill and government experience. She is also one of the most knowledgeable copyright practitioners in the country. Her clients range from individual creators to small businesses and include Australian and international creative industry organisations engaged in screen, music, literature and visual arts.

Prior to establishing Fiona Phillips Law, Fiona was the Chief Executive Officer of the Australian Copyright Council from 2012 to 2017. There she played a leadership role in the copyright policy debate, making numerous submissions to government and representing the interests of stakeholders at hearings, on government advisory committees and in international treaty negotiations. Significantly, Fiona was a member of the Advisory Committee for the Australia Law Reform Commission’s Reference into Copyright and the Digital Economy and was the only Australian NGO representative at the WIPO Diplomatic Conference which led to the signing of the Marrakesh Treaty in 2013.

She was also responsible for commissioning a series of influential reports on the Economic Contribution of Australia’s Copyright Industries and for organising the highly successful Australian Biennial Copyright Law and Practice Symposium in 2014, 2015 and 2017. During her time at the Council, Fiona also successfully transformed the Council’ s operations, securing it as the ‘go to’ source of copyright information in Australia.

Before leading the ACC, Fiona had various roles in the public and private secor. In 2011 she was Special Counsel at independent commercial law firm Banki Haddock Fiora. From 2007 to 2011, Fiona was an Assistant Deputy General Counsel at the Australian Competition and Consumer Commission (ACCC), including responsibility for major litigation in the Federal Court and Competition Tribunal of Australia. While this role enabled Fiona to maintain an interest in copyright (overseeing the ACCC’s involvement in two matters in the Copyright Tribunal) she advised on infrastructure and regulatory issues in relation to industries as diverse as telecommunications, post, grocery, water, petrol, and energy.

Her life-long career in the law commenced with an associateship with the Hon Justice Gaudron in the High Court of Australia. Fiona then worked as a solicitor in the intellectual property group at Mallesons Stephen Jaques (now King Wood Mallesons) acting for key commercial clients on a range of advisory and litigious matters. She was called to the Victorian Bar in 1996 and practised in intellectual property, constitutional, native title and general commercial law, appearing in the Supreme, Federal and High Courts.

In recognition for her work with AGD, Fiona was a joint recipient of an Australia Day Award. During this time she also represented the Australian Government on copyright issues at major international meetings of WIPO, APEC and in free trade agreement negotiations.

She has been a member of the Intellectual Property Society of Australian and New Zealand (IPSANZ) since 1994 and served as its Victorian chairperson and a translational committee member 1997-1999, during which time she was also Secretary of the Equality Before the Law Committee of the Victorian Bar.

From 2018-2021 Fiona was co-editor of Intellectual Property Forum, the offical journal of IPSANZ. She has also been published in the Australian Intellectual Property Journal and numerous other journals. She is an experienced conference speaker and popular media commentator on all things IP.

Fiona holds bachelors of Arts and Laws from Monash University and a current New South Wales practising certificate. She is a graduate of the Australian Institute of Company Directors.